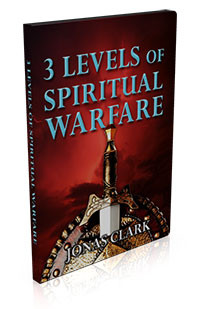 Jesus said He would build his church and the gates of hell would not prevail. To accomplish this, He gave you a measure of delegated spiritual authority, His word, and the Holy Spirit. There is power waiting for you. Learn what you are battling against and why.

With this information, you will learn how to engage the enemy, advance the Kingdom of God, and make a difference with your ministry.

Christ gave His Church power to overcome all spiritual opposition against His kingdom advancement. This is the forward-moving thrust of the Kingdom of God and the Apostolic Church. Before people, cities, and nations can change, believers must engage demonic powers that manipulate life and culture.

Everything in heaven and earth depends on you winning and advancing in spiritual warfare. God is calling intercessors, prophets, remnant believers, and spiritual warriors to beat their plowshares into swords.

As a remnant believer, you are not ignoring demonic powers but are well equipped to overcome every battle. Because you are a spiritual warrior wanting to be effective in life and ministry, this CD teaching series is for you.