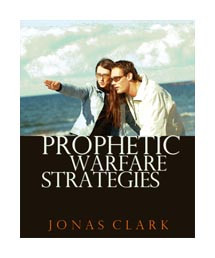 Do you ever grow weary of wrestling against principalities and powers? If you feel like your prayers just hit the ceiling and fall down again, then you need some prophetic warfare strategies to break open the spiritual climate so you can get your breakthrough.

Jonas offers prophetic insights into dealing with tough spiritual climates in this spiritual warfare series with titles that include:

In this four-CD teaching series, you will learn:• Causes of hard heavens

• Plus much more! Apostolic grace is adding a new dimension to prophetic warfare strategies with commanding authority that overcomes the hardest of heavens with determined and militant prayer.